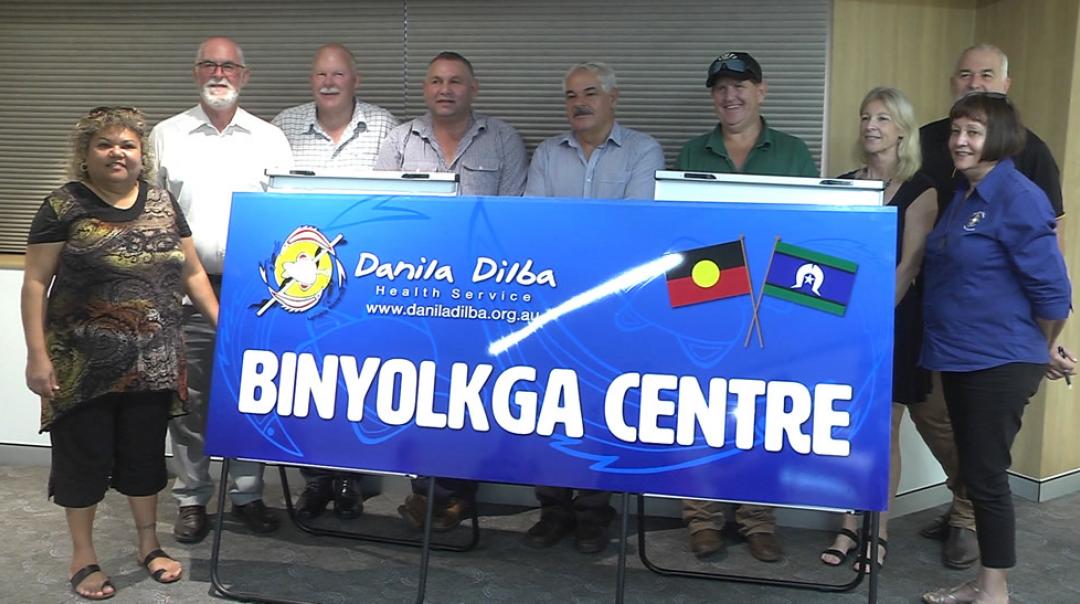 Enterprise house on Knuckey street in the Darwin CBD was renamed at a special ceremony on Monday 12 March at 4pm to Binyolkga house. The opening followed extensive refurbishment to the building, which has a long history as an NT Government building, and now looks set to become a major hub for NGOs. Danila Dilba is expanding it’s community services sector in the building and now occupies half of the building.

The name Binyolkga is a Larrakia word meaning “Big Mob,” and was given to the building by board members of Larrakia nation, who saw it as a fitting name for the growth of Danila Dilba. The building is owned by Yeperenye Pty Ltd, who also operate in Alice Springs, and organised the opening, which was done by Danila Dilba’s chairperson Carol Stanislaus.

Occupuying the building Danila Dilba is supporting other NGO’s through co-location arrangements. Part of the bigger picture of Aboriginal and Torres Strait Islander public health is working together with the community, government and NGO sector to build the health of the whole community. Danila Dilba Chairperson Carol Stanislaus said “Danila Dilba recognises the great work of other NGO’s and look forward to forging partnerships that will see the Binyolkga Centre as the hub of health and wellbeing services for our mob.”

The Binyolkga Centre will serve as a space for innovation in service delivery for the Aboriginal and Torres Strait Islander population of the Darwin region, and build on the strengths of Danila Dilba’s strong foundation of servicing this community for over 25 years