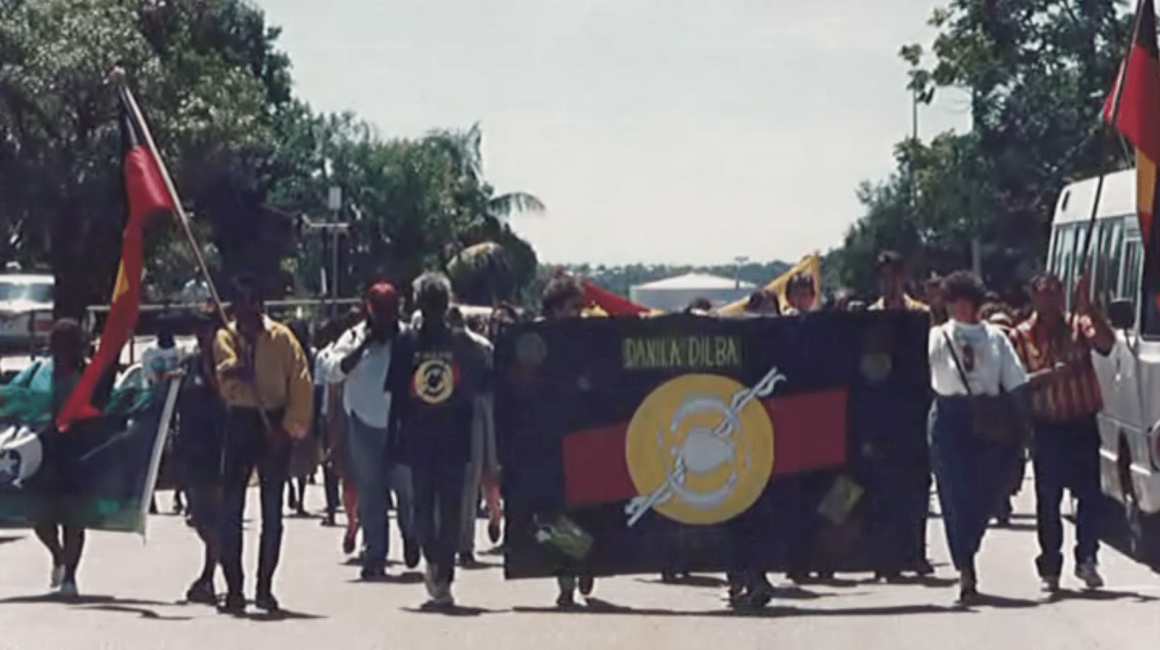 Danila Dilba began as a community controlled Aboriginal health service in the 1970s—a time of great activism for Indigenous people across Australia.

After Cyclone Tracy hit in 1974, Indigenous people were evacuated to southern cities where local Aboriginal medical services had started. Darwin people were impressed with the services and wanted their own one.

Danila Dilba grew out of the community, with people holding meetings, lobbying government, lodging petitions and even holding a ‘sit-in’ of government offices for a culturally appropriate primary health service for Indigenous people in Darwin.

When Danila Dilba Health Service was established in 1991, there was a great feeling of pride and achievement in the local Aboriginal community.

The name Danila Dilba Biluru Butji Binnilutlum was given to the service by the local Larrakia traditional custodians.

The service was friendly, comfortable and provided holistic care. Danila Dilba was a safe place for Indigenous people to raise their concerns and find solutions to their health concerns.

Danila Dilba has grown significantly in size and capacity, from seven staff and one building in 1991 to five clinics, including separate men’s and women’s clinics, mobile and dental clinics, community programs and a staff of over 225 and looking after almost 16,000 clients.

Why DDHS was set up

Please be advised that the following may contain images, voices and videos of deceased persons.

“My earliest time in Danila Dilba started in the late seventies really. I was working as a field officer with DAA and the concept arrived about the need to have our own medical service. And with the late Sally Ross and who was from Alice Springs but she worked as a health worker in the Katherine region, and I knew the population here in the Darwin region. So we chose to set up a committee a Board of people who would be able to you know direct and look at establishing such a service. That’s how it all started right from there. Rhonda Calma and myself who worked in the town camps, we did a survey in the town camps to gauge an opinion of those people as to whether or not they would like to have their own medical service, and they agreed they didn't want to go to the hospital… they were happy to have their own medical service.”

“For a long, long time there were a number of us that wanted to have their own community controlled medical services because of the obvious reasons where we were going to the hospital, & we felt that we weren't getting that type of service that we should have been getting because of cultural reasons. I guess in a lot of cases a lot of our mob weren't going to the hospital seeking doctors. It's about us self-determining what we want to see happening at the service. We decide on the priorities for the type of service that we provide and if we have situations where we have an outbreak of some sort of illness, we're able to respond much quicker, because we're on the ground & we're listening to the community. And that's important, that we listen to the community. I think it's a very good model because our numbers increased quite substantially, and that's a good indication that the service that you're providing is meeting the needs of the clients.”