Media Release: A win for our health and a warning to Dan Murphys and Corporate Australia | Danila Dilba Skip to main content 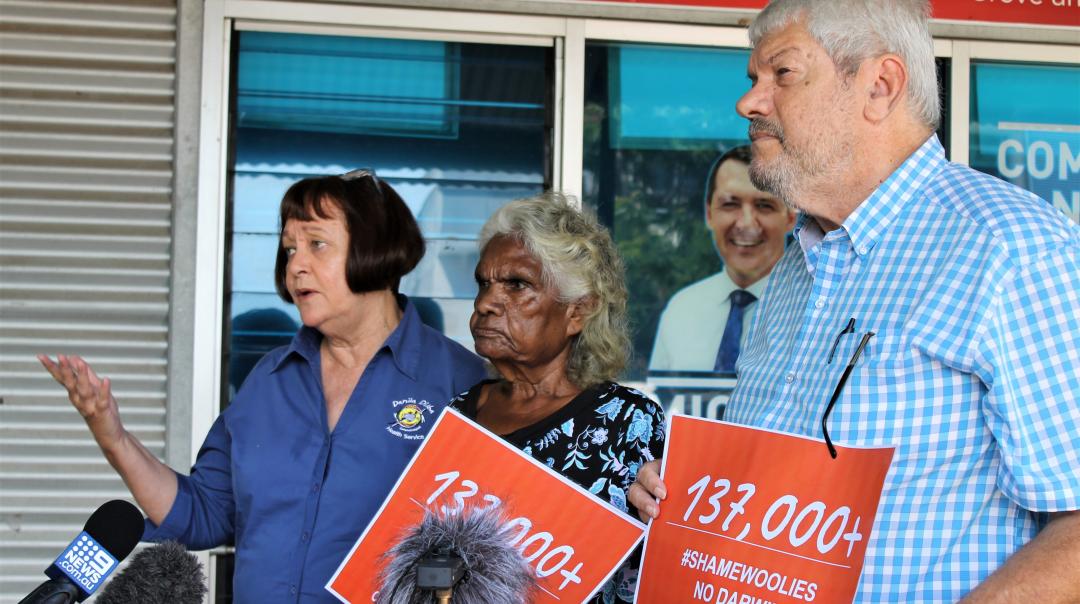 Media Release: A win for our health and a warning to Dan Murphys and Corporate Australia

The independent panel appointed by Woolworths to review its plans for a Dan Murphy’s megastore in Darwin has today released the full report of its findings.
For the past five years Aboriginal health and community organisations, together with Bagot Community Advisory Group President Helen Fejo Frith, have steadily opposed the establishment of a Dan Murphy’s within walking distance of several dry communities. At the beginning of this year, Woolworths appointed an Independent Review Panel chaired by Danny Gilbert to review health concerns and stakeholder engagement.

In April, the independent review found that Woolworths had not sufficiently consulted with Indigenous stakeholders and that plans for the store should not proceed; the full report was released today. Danila Dilba Health Service commends the Independent Panel for a thoroughly researched and well presented report that highlights the failures of Woolworths to adequately engage with Indigenous stakeholders or address serious public health and safety concerns.
“What’s happened here today is not just about Dan Murphy’s, and not just about Darwin. This is a landmark decision that will have important implications for the liquor industry and corporate Australia, and governments,” said Olga Havnen, CEO of Danila Dilba Health Service.

“This report is an excellent case study into the failures of corporate Australia to walk the talk of corporate social responsibility. It also examines the failures of the decision-making process and the amendments to the Liquor Act that gave Dan Murphy’s a foot in the door to begin with.” Ms Havnen said.

“The report raises serious concerns about why the NT Government so easily bowed to pressure from Woolworths and supported a decision that was against the recommendation of the NT Liquor Commissioner, against the findings and recommendations of the Riley review, and against the interests of the Darwin community,” she said.

“There’s an astounding hypocrisy at play in some of these large corporations. On the one hand, they want to be seen supporting the Uluru Statement from the Heart and Closing the Gap; on the other hand, they wilfully ignore the wishes of the Aboriginal and Torres Strait Islander people who are right in front of them,” said Ms Havnen.