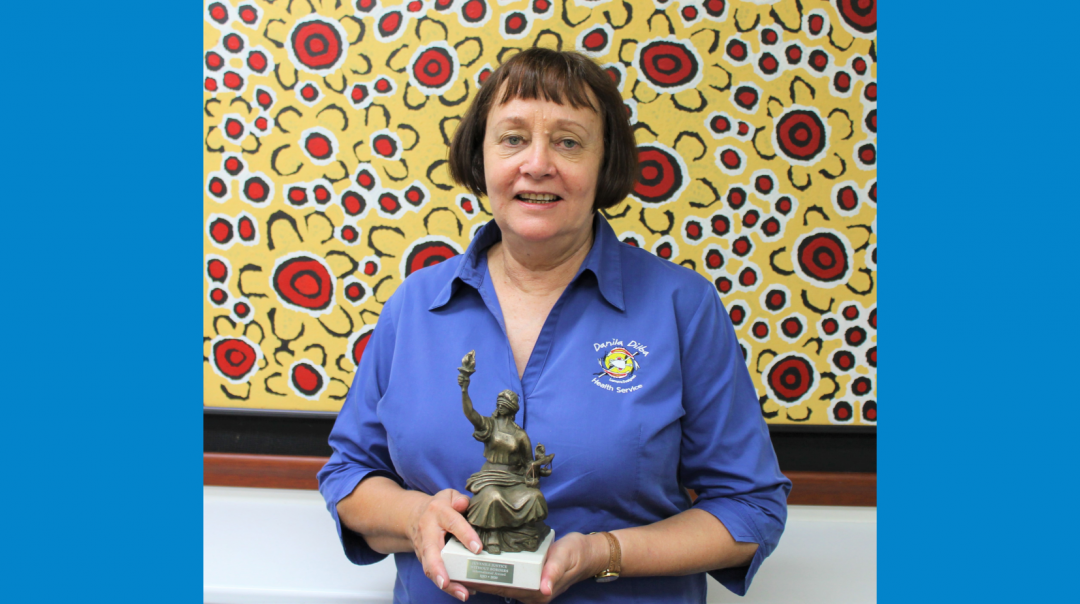 Six months after taking over health services at Don Dale Youth Detention Centre, Danila Dilba has won a prestigious international award for its advocacy on behalf of Northern Territory kids.

The recognition from the International Juvenile Justice Observatory comes as Danila Dilba prepares to present its first report to government on improved health services at Don Dale and calls for greater reform in juvenile justice across the country.

Danila Dilba CEO Olga Havnen said the experience at Don Dale so far had reaffirmed the complexity of health and developmental needs of children in detention and the consequent need for a comprehensive model of care.

“Over five months, Don Dale residents have had more than 2500 contacts with our GP, our registered nurse, the consulting paediatrician and other specialist services,” Ms Havnen said. “We’ve only touched the tip of the iceberg – these kids have serious health issues, often stemming from years of inadequate care, neglect and abuse tracing back to early childhood.”

As a founding patron of the Justice Reform Initiative – a multi-partisan alliance of Australians committed to reforming the criminal justice system – Ms Havnen said the health work at Don Dale was an important stepping stone for critical broader systemic reform.

“The Northern Territory has an enormous opportunity to make a clean break with its sorry history of detention and incarceration at staggering levels, and to look for the best model which can be then be adapted to meet the specific needs of our people,” she said.

“This international recognition of Danila Dilba’s work is a reminder that we can be a world leader, but it takes courage and commitment from government and the community to deliver better outcomes. We need systemic reform, which must include raising the age of criminal responsibility, and better funding of health services. For a start, Medicare must be available to all Australians – including those in detention and prisons.”

Based in Brussels, the International Juvenile Justice Observatory has presented Danila Dilba with its Juvenile Justice Without Borders International Award for 2020. The award recognises experts and institutions that show a steady commitment towards the development of juvenile justice systems focused on the integral promotion of children and young people in conflict with the law.

There is an abundance of evidence detailing the complex health and developmental needs of children in contact with the justice system. A recent Telethon Kids Institute study found nine out of ten incarcerated youth at Western Australia’s Banksia Hill youth detention centre have some form of neuro-disability – most of which had gone previously undiagnosed despite multiple contacts with government and other agencies.

“There are too many young people in detention who are deemed ‘not fit to plead’ or have FASD but are in detention as there are no secure residential care facilities in the Northern Territory,” said Professor Stanley, who is a fellow Justice Reform Initiative patron.

“This is a serious gap in services that government needs to address through urgent systemic reform of our juvenile and adult justice systems. I urge all Australian jurisdictions to raise the age of criminal responsibility as an important first step and commit to further evidence-based reform.”